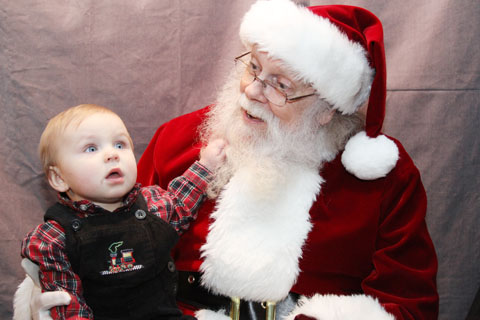 Nine-month-old Greyson Jones pulls on Santa’s beard while at the Santa Express stop in Pelzer Saturday. Santa was greeted with large crowds at each of the five stops through the area.  (Photo by David Rogers)