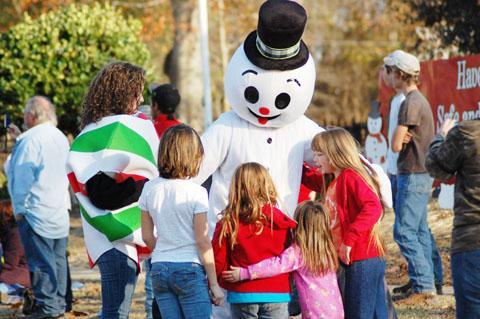 Although it was really hot that day, “Frosty the Snowman” was around long enough to get a group hug during the Williamston Christmas Parade Saturday. (Journal photo)