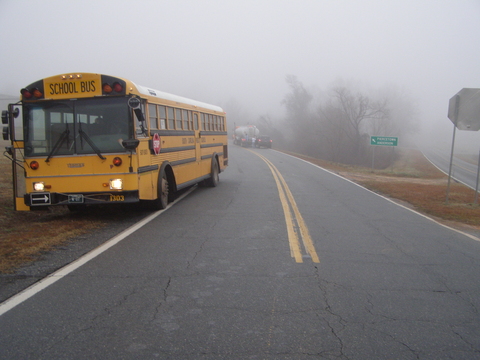 An Anderson School District One bus transporting students from Wren High School to the Career and Technology Center near Williamston was involved in a minor accident Tuesday morning in which it was sideswiped by a tanker truck. No one was injured in the accident which occurred at approximately 8:20 a.m., according to District One spokesperson Jane Harrison. The tanker broke the mirrors off the bus but caused no other damage, officials said. The tanker was rearended by a vehicle when the driver realized what had happened and stopped the tanker on the curve of Beaverdam Rd. near Joe Black Rd. Another District One bus was sent to the scene to transport students on to classes at the Career and Technology Center, according to Harrison.