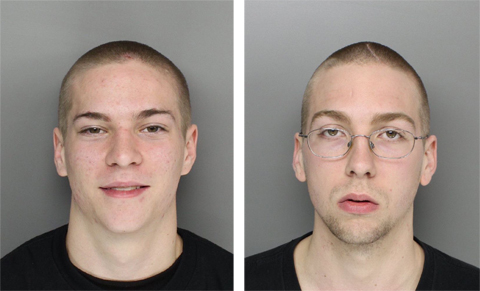 Pickens County Deputies arrested two brothers in connection with car thefts and assaults in Anderson and Greenville Counties last week. James Mayberry and Mickey Mayberry of Powdersville were both arrested early Sunday morning just outside the Easley City limits where they were camping.

Mickey Lane Mayberrry, 19, and James Daniel Mayberry, 17, were arrested when they left their camp located in wood near the Walmart on Saco-Lowell Rd., officials said.

They were charged with attempted murder and two counts of possession of a weapon during a violent crime, one count of armed robbery and one count of pointing and presenting a firearm.

The two suspects later wrecked and abandoned the vehicle in the area of old Easley Bridge Rd. They attempted to flee the area by attempting to carjack three different individuals.

Anderson County Sheriff’s Office spokesperson Chad McBride said the brothers were involved in an assault of a pregnate woman in Powdersville Thursday in which her car was also stolen.

At 12:30 p.m. on Saturday, they stole a silver 2011 Jeep Wrangler from a woman taking her family to the Greenville Zoo. Reports state they alledgely shot at her and missed.

The Greenville County Sheriff’s Office did attempt to pursue the vehicle, a 2011 Silver Jeep Wrangler but were unable to take the suspects into custody at the time.

After their arrests they were taken to the Greenville County Detention Center. Bonds on each of the charges were set at $20,000 a piece.