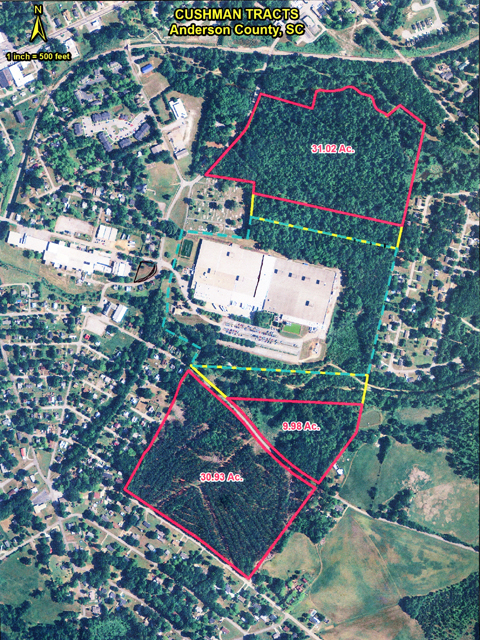 During their meeting Monday, Williamston Town Council approved first reading on an ordinance to purchase approximately 70 acres of property located within the town limits and acted on a recommendation from the town’s Park Committee concerning the Brookdale Park restroom project. Mayor Carthel Crout said that two tracts of land owned by the Milliken/Pacolet company could be used for an industrial development site and an outdoor lab site.

The 41 acre tract has frontage along the town’s mill village and First St. Crout said purchase of the property will bring jobs to the town when it is developed. As part of the purchase agreement, Milliken will grant a right of way across a portion of their property for a sewer line to access the industrial site property, Crout said.

The other tract, approximately 31 acres, is located adjacent to the Williamston Cemetery and has frontage on Williams Street. It is within 2 miles of six schools and could be developed as an outdoor labratory with a partnership with the school district. Crout said. He also said grants could help with the outdoor lab initiative.

Councilman Mike Looper asked if expansion of the Williamston Cemetery could be a condition of the purchase. A portion of the property is located adjacent to the town’s cemetery.

Town attorney Richard Thompson said, “Generally, you are not required to say how you plan to use it in order to buy it,” however he also pointed out that “most towns are not in the cemetery business these days,” due to the rules and regulations that apply.

Crout said use of the property for expansion of the cemetery did not need to be a part of the dicussion but could come back to council later for a decision.

The purchase price of $150,000 will come from the town’s Capital Improvement fund, according to Mayor Crout. Crout said the money is available and the town will not have to borrow money for the purchase.

Council unanimously approved first reading on the purchase. Second reading and a public hearing will be held on the Milliken property purchase during a special called meeting next Thursday, Feb. 16 at 10 a.m.

During the meeting Council also unanimously approved a recommendation made by the town’s Park Committee on the location of a new restroom at Brookdale Park.

The committee recommended the location be closer to the shelter, playground and ballfield area.

CouncilmanTony Hagood initially recommended a site where old tennis courts were located, but after considerable, and at times heated discussion (See separate story), Hagood said he would support the recommendation. The recommendation was unanimously approved with a 5-0 vote by the Council.

Council also approved second reading on an ordinance to discontinue the curbside pickup for recycling. Recycling bins located behind the Municipal Center are available to those who wish to recycle, Mayor Crout said.

Council also unanimously approved making the Clerk of Court a full time position. Mayor Crout said that a back log of unfinished business and the amount of paperwork associated with warrants and the state portion of fine money requires a full time person. He said the practice of using a part time police officer for the position will be discontinued and the 10 hours will be a part of the full time position.

At the request of Councilman Looper, Council went into an executive session. Upon returning to open session, the mayor announced no action was taken. There was no mention of what the executive session was for or what was discussed. 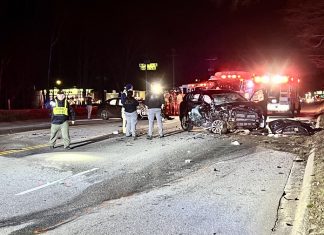