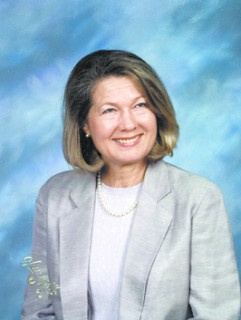 County Councilwoman Cindy Wilson will be honored for more than a decade of public service at a reception hosted by the Anderson County Republican Women (ACRW) on March 4. The reception is intended to acknowledge Ms. Wilson’s twelve years of service on the Anderson County Council, and to the Republican Party, said Debbie Gerwe, president of the ACRW.

“Cindy Wilson has always been as active in attending our meetings as she could. And her service to the community as a member of County Council speaks for itself. We are very happy to be able to acknowledge that service and to express our gratitude.”

While the guest list has not been made public, Gerwe said that the public is welcome, and that she anticipates a number of Republican leaders to be on hand. The reception will be held at the Williamston Municipal Center from 2:30 till 4:30 p.m. that Sunday.

Wilson is the only Council representative that District Seven has had since it was formed in 2000, in accordance with a 1998 referendum which increased the number of Council districts from five to seven in time for the 2000 elections.

Wilson, who had been a vocal critic and opponent of the Beaverdam sewer project built by the county partly on Wilson family land, won the seat and spent the next eight years locked in a battle with both fellow Council members and with former county administrator Joey Preston.

Wilson wasted little time in seeking information about the Beaverdam project and about the legal strategy the county used, and the fees incurred by that strategy. Preston refused to provide the information, claiming that such information was privileged, and that only the majority of Council could waive that privilege.

That majority, which included Clint Wright, Larry Greer, Bill Dees, Gracie Floyd, Mike Holden and Fred Tolly, declined to waive the privilege. Wilson would eventually bring suit to obtain access to the information, and after several years in the courts, would lose. By that time, her persistence in questioning the county’s operations had isolated her from the remainder of Council.

In 2002, following the 2000 U.S. Census, district lines were redrawn and Wilson found herself gerrymandered into the toughest election of her career. “I had the entire White Plains precinct the first year I ran, and it was my strongest box. In 2002, the lines were drawn to cut a lot of that box out, as well as giving Belton to District Three. Then Bob Austin ran against me. I’ll never forget that Keep America Beautiful came into the district to pick up trash during the campaign and they wore Bob Austin tee shirts,” Wilson laughed.

She won that race by seven votes. It was her last really close race. Since then she has consistently built the margin of her victories to the thirty point range. Ironically, under the new redistricting plan approved by the Department of Justice last month, Wilson will regain part of the White Plains precinct, as District Six surrenders some population due to the explosive growth in the Powdersville area.

That rift between her and the rest of the Council was evidenced by a number of extraordinary acts against her by the Council. She was censured twice by the Council; once for using county letterhead to send a letter of complaint to DHEC and other agencies. The Council said she did not speak for them and should not have used the official stationery.

She was also censured for seeking information about a county employee; one who was linked romantically to administrator Preston.

Other indignities included a complete break of protocol by the Council when they denied her requests to distribute her District’s recreation funds, a courtesy that is assumed. Instead, the Council appropriated her funds and disbursed them according to their wishes. The act became a rallying point for voters who replaced several Council members during the next election.

Wilson gained an ally when former Council member and state Senator Bob Waldrep won the District One seat vacated by Tolly’s retirement. She and Waldrep continued to question the county’s operations and finances; Wilson soon had company as the pariah of the Council. She and Waldrep went to the courthouse one day with several media to demand to see financial records.

Deputy County Administrator Michael Cunningham and emergency preparedness director Taylor Jones physically blocked the hallway, but Waldrep and Wilson forced their way through and proceeded to the finance office, where Wilson actually retrieved certain records for herself after county employees refused to.

Waldrep and Wilson were later sued by Preston who said their actions violated Home Rule.

Wilson continued to gain traction as the Council members perceived by the voters to be Preston supporters continued to be defeated at the polls. Finally, Preston himself gave up and left with a large and controversial buyout, which many think he orchestrated with the lame duck 2008 Council.

That buyout is currently being investigated by a state grand jury.

Twelve years after her first election to the Council, Wilson is joined by District Two Councilwoman Gracie Floyd as the only remaining members of the 2000 Council.