While under Peggy Anthony’s tutelage at Pickens High, Anthony helped lead the volleyball team to four state championships, was named a two time High School All American, earned the 2002 North-South All Star Game MVP, was voted the SC Gatorade Player of the Year three times, and was voted All State her freshman, sophomore, junior, and senior year. Her Pickens jersey is now retired and she was inducted to the Pickens Hall of Fame in 2008.

Currently, Anthony is a physical education teacher at Woodmont High School and has coached the women’s basketball team the past two seasons.

Ashley Jenkins, WHS Athletic Director, said, “While coaching two sports is extremely difficult, we have no doubt that Coach Anthony will rise to the occasion! She’s had experience coaching in clinics, camps, and continues to coach the Carolina One 18 Regional Pickens Volleyball Club team. Her 2010-2011 17 Regional team finished 14th at the AAU National Championships. Having someone of Coach Anthony’s caliber coaching our athletes is a dream come true! Coaching volleyball is in her blood….she loves it!” said Jenkins. 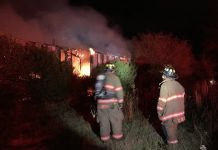