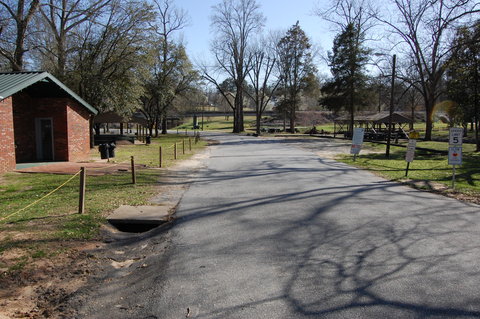 The purchase of a camera system and requesting C Fund money for paving in Mineral Spring Park were approved, but not unanimously.

During public comments, Phillip Clardy raised three issues that he had involving a police radio grant, purchase of the Milliken property and a contract for engineers and operators for the town’s waste water treatment plant (WWTP).

Clardy accused Mayor Carthel Crout of not being transparent on the property purchase and of pushing the deal through without allowing the public to have knowledge on the issue.

He also indicated that the contract with Goodwyn, Cawood and Mills for operation of the WWTP was approved without knowledge of at least one member of council.

When that councilman, Mike Looper responded to a question about the issue and stated that he did not know there was a contract, Mayor Crout stated that Looper was out of order.

At this point Looper stated that Crout had a double standard about allowing another member of Council, and the mayor, to respond during the public comments portion of the agenda.

The purchase of a camera system for Brookdale and Mineral Spring Park was approved by a 3-2 vote with Councilmembers Mack Durham and Looper opposed.

Mayor Crout said that the town had opened bids on the purchase at 1 p.m. today (Monday) and that there was only one bid. That bid, by Wildfire company, was for $29,133.

Both Looper and Councilman Mack Durham raised several issues with the system including ongoing costs that will be associated with it.

Councilman Durham made a motion to postpone the vote which received a second by Councilman Looper, however the motion to table was defeated with the mayor and two councilmen opposed.

Acting on a motion by Councilman Tony Hagood, Council voted 3-2, with Looper and Durham opposed, to accept the camera bid

Paving in Mineral Spring Park was approved with a 4-1 vote after some discussion.

During the discussion, Councilman Looper ask if paving in the park was more important than providing toddler playground equipment or shading at the amphitheater.

There were also questions about Phase Two of the park improvement plan, the status of the town’s streetscape project and Brookdale Park Restrooms.

Mayor Crout provided information to Council about a proposed tax incentive for town businesses that he plans to present at a later date.

Crout said the incentive program would offer a tax incentive to business that do specific types of improvements to their storefronts.

Crout also said that he will present councilmembers with a calendar for the upcoming budget process.