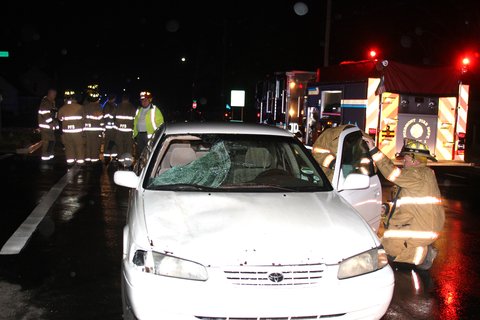 Piedmont firefighters work at the scene of a accident on Anderson Street Monday night. A pedestrian was apparently crossing the roadway near Academy Street when he was struck by an eastbound Toyota. The man was thrown over the car and onto the roadway. He was rushed to Greenville Memorial Hospital by Pelzer EMS and later died. (Photo by David Rogers) 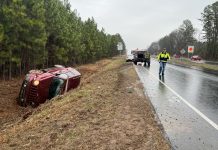