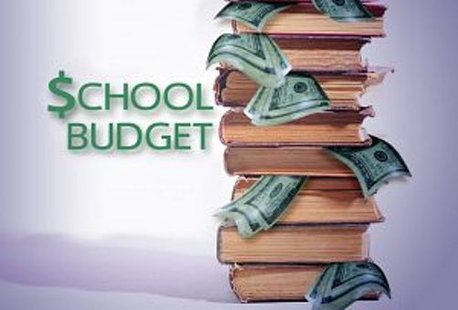 Immediately following their regular meeting the District One Board held a budget worksession in which Dr. Fowler reported on state funding projections from the House Ways and Means Committee and projected expenditures that he thinks should be considered for next year.

The House budget currently has the base student cost at $2012, an increase from $1,874 last year. Dr. Fowler pointed out that the funding per pupil should be at $2,790 under the EFA formula.

The House funding has designated additional revenue for a two percent salary increase for school employees.

The House budget also shows a decrease in the MOE Aid to Districts funding which reflect a decrease in federal funding to the state because the State failed to meet the Maintenance of Local Effort (MOE) goal required by the Federal Government to get the matching federal funds. South Carolina, the only state in the nation that did not meet the goal, is being penalized with a 9 percent decrease in the federal funding, which is under appeal according to Dr. Fowler.

Overall, State funding provided by the House budget will result in an increase in revenue for the District of $548,488.

The IDEA funding reduction due to the state not meeting MOE will result in $150,000 coming out of the general fund budget for the salaries of four teachers whose salaries were being paid from the federal funding.

“We will make this work,” Dr. Fowler said. “The District has reestablished a new level of operating.”

Fowler reminded the board that District cuts during the last three years have included an eight percent reduction in personnel which have been possible by raising the class size by two students. Student class sizes for District One are currently the highest in the state at 23.5 to one for elementary schools, 24.5 to 1 for middle schools and 25 to 1 for high schools.

“There will be some difficulty,” Fowler said. “The future does not look bright for revenue for our school district.”

According to Dr. Fowler, the board has the ability to raise an additional $300,000, with a tax increase, and the budget can be supplemented with funding from the District contingency fund.