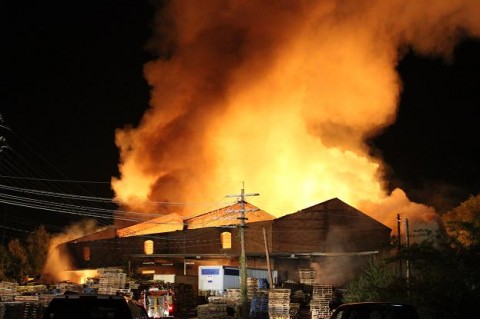 Firefighters remained at the scene throughout the night and had it contained by early Wednesday morning. They expected to be at the site most of the day to watch for hot spots. Firefighters from Whitefield, Wren, Williamston, South Greenville, and other departments assisted. Pelzer EMS also stood by the scene as firefighters battled the blaze for several hours.

Pelzer Town officials said some residents experienced low water pressure due the the amount of water firefighters were pulling from the system while bringing the blaze under control.