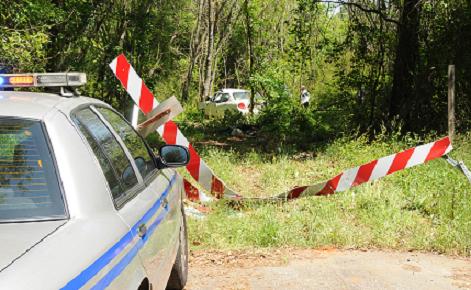 Corrine Taylor Palpal-Latoc, 19, died Monday from injuries suffered in an accident on Country Manor Road in Piedmont. Palpal-Latoc was driving a Nissan Maxima that went through a barrier on the dead-end road and hit a tree, according to Anderson County Coroner Greg Shore. She died of injuries to her head and chest. She was not wearing a seatbelt and was pronounced dead at the scene. According to Shore, Palpal-Latoc had been living whith her boyfriend and his parents in Piedmont, and the couple had gotten into an argument Monday monring. She was asked to leave the house and the wreck happened about two miles away, Shore said. “I believe she was distraught and that her state of mind was not the best,” Shore said. “I believe that was a factor in the accident.” Shore said he believed the death was accidental. The wreck happened about 10:30 a.m. and was discovered between 11:15 and 11:30 a.m. by a SCDOT worker driving on I-85. Palpal-Latoc is the stepdaughter of a South Carolina Highway Patrol trooper. The incident is being investigated by the Anderson County Sheriff’s Office.