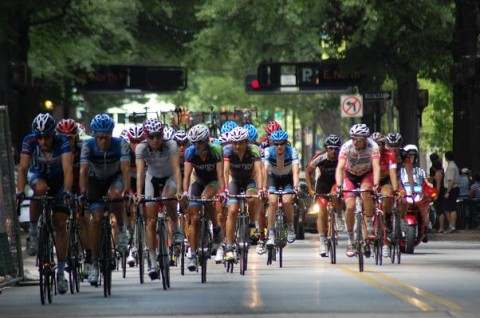 More than 300,000 spectators have watched the GHS USA Cycling Professional Championships in the past six years, and more than $500,000 has been raised by the Palmetto Peloton Project (Stars & Stripes Challenge) events for cancer research, benefiting the GHS Cancer Center.

This will be the last year for the National Championship Race to be held in Greenville. The race will be moving to Chattanooga in 2013.