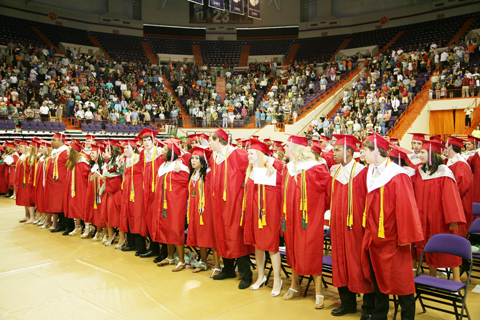 An honorary diploma was awarded to Jaela Riane Kelley whose empty seat had roses in it. Kelley died in a car accident in November.

A special salute to Palmetto, Wren and Woodmont graduates is in this issue of The Journal. The special section features class pictures, honor grad photos, list of all graduates and awards.