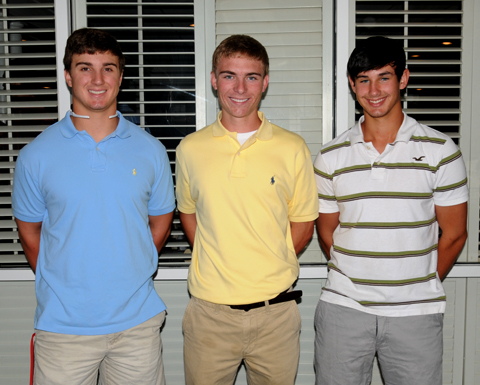 The Big League World Series announced on Monday the roster for the District One host team. Included on the roster from Palmetto are from left: Trey Hayes, Tanner Lollis, and Jesse Kellett. The Big League World Series tournament will be held at the JB Red Owens Sports Complex in Easley on July 25 – August 1 with the championship game on August 1 at 8 p.m. on ESPN. (Photo by Michael Lollis/www.lollisphotography.com)