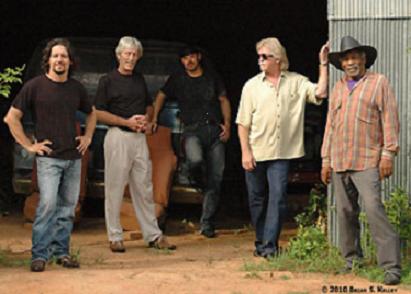 Williamston’s 2012 Spring Water Festival will celebrate its 31st year of providing a fun, family oriented event loaded with activities this weekend in Mineral Spring Park. The festival will kick off at 6 p.m. Friday with crafts, children’s rides, food and live music by The System and the Out of Towners Band.

On Saturday, the fun will continue with the Spring Water Run, crafts and displays, auto show, fire truck rides, children’s entertainment and gospel music. This year the festival will feature a variety of stage entertainment throughout the day including local blues legend Mac Arnold and his band Plate Full ’O Blues.

Mac Arnold’s career in the music industry took him a long way from his childhood home in Pelzer, South Carolina.

He developed an early interest in music and got his first taste of the blues at age 10 when he learned to play his brother Leroy’s home-made guitar. His first band included James Brown on piano.

At age 24 he toured and recorded with the Muddy Waters Band and recorded LPs with Otis Spann and John Lee Hooker. He joined (the late) Don Cornelius in Los Angeles and helped produce the popular 70s TV show Soul Train.

While in LA, he played bass on the Sanford & Son television show. He also toured with Otis Redding and B.B. King.

In the ’80s, he retired from show business and moved back to his home in Pelzer to be an organic farmer.

Wanting to get back to performing music, he formed his own band and is now building a new foundation in blues, soul and funk.

In addition to playing festivals and shows throughout the upstate and nearby states, Mac Arnold and Plate Full ’O Blues recently did shows in Europe.

If gospel music is more to your liking, the park’s center stage will feature one of the upstates largest showcases of gospel music.

The stage will feature a variety of styles of gospel music performed by many well known groups including local artist Catlin Tierce.

Special entertainment will be held on a stage just for children.

ABC Amusements will return with their rides and the SCAT, one of the largest rides ever at the festival.

The event will include special displays and information from non-profit groups. Approximately 50 crafters from three states will display handmade items which will be offered for sale.

The Williamston Fire Department will offer rides on the restored 1936 firetruck, a festival favorite.

A variety of delicious food items will be available during the festival.

The festival will again feature one of the upstate’s largest antique and classic auto shows, being sponsored by the Williamston Fire Department. To register contact Steve Ellison at 864-847-4950.

The 5K Spring Water Run will feature more than 200 runners on a registered course. Entry fee is $20 in advance or $25 on the day of the race. Registration forms are available in advance at The Journal and online at www.springwaterfestival.com or strictlyrunning.com.

For additional information contact Chris Bradberry at 864-420-3282 or email bradberry9600@msn.com.

The Spring Water Festival Program Tabloid. which will include all festival information, will be in this week’s Journal, online at www.thejournalonline and available Saturday at the festival.