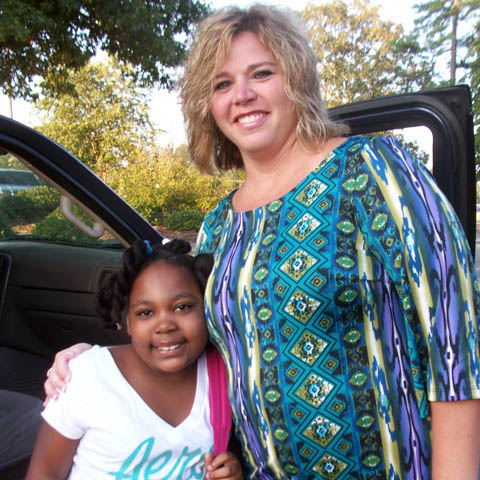 Superintendent Dr. Wayne Fowler reported that the opening of school was “one of the smoothest openings we have had.” He said on the first day of school instruction had already begun by 8:30 to 9 a.m. and that it was due to the prep work done by teachers, staff and office personnel prior to the opening day.

Dr. Fowler said that one area that they had to adjust to was an increase in kindergarten age students in the district. “We had 103 more students on day five than last year,” he said.

According to Dr. Fowler, there has been little growth over the last three years but the district “is begging to see some growth.”

Associate Superintendent David Havird said there was an increase of more than 30 kids at three different schools which resulted in the need for additional classrooms and hiring of three kindergarten teachers within 24 to 48 hours of the start of school.

Havird said that he had seen an increase in requests for information from parents moving into the district because of the school system reputation. “Our community is outstanding,” he said.

There were 12 to 13 classes added at Cedar Grove, Spearman and Concrete Elementary schools to accommodate the increase in students, Havird said.

According to Havird, the new teachers and the staff at the schools worked on Saturday morning setting up classrooms and by Tuesday the students were in their classes working.

The District had a total of 9,360 students registered by the fifth day of school with 40 more included from day 3-5.

As of the fifth day of school, District One had 722 students registered in kindergarten classes and according to Havird, the middle school grades coming through will be some of the District’s largest classes when they graduate, with 760 students in sixth grade; 740 in seventh; and 781 in eighth grade.

Wren High remains the largest school in the district with 1,256 students, followed by Palmetto with 972 and the new Powdersville High with 500.

All three middle schools have about the same number of students, with 863 at Palmetto; 877 at Wren and 621 at Powdersville.

The board approved the following personnel recommendations made by the superintendent: