Greenville County Schools’ average score on the Scholastic Assessment Test (SAT) increased in 2012 by two points to 1455, according to a report from The College Board, the organization that administers the test. Greenville County’s combined average score includes composite scores on three sections – critical reading (491), mathematics (494), and writing (470). 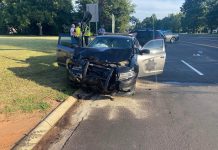