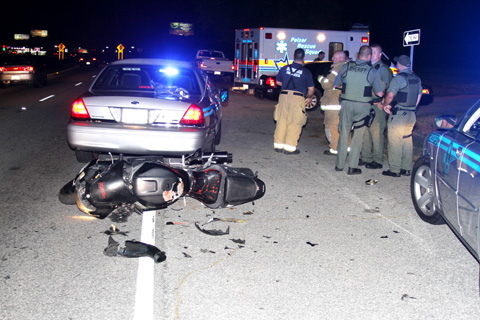 Anderson deputies along with state troopers work at the scene of an accident on Highway 81 Thursday night. A state trooper attempted to stop a motorcycle for not displaying a license plate. The cyclist did not stop and shortly after struck another state troopers car. The motorcyclist was taken to Greenville Memorial Hospital by Pelzer EMS. The trooper was not injured. (Photo by David Rogers)