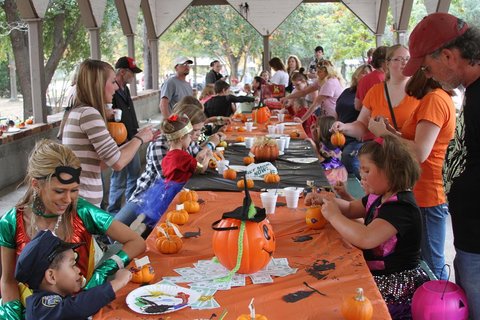 Organizers of Boo in the Park said it was a big success this year. The Williamston Police Deptartment estimated as many as 7500 people were in attendance.

The Cowboy Church had a fishing tank and a horse that the children loved,” said Dianne Lollis. “The Pelzer Church of God gave away 1000 hot dogs along with popcorn and peanuts while the youth from the church perfomed a puppet show on the gospel stage.”

There were 118 entries in the Costume Contest, Lollis said.

The event was sponsored by the Town of Williamston and members of the Springwater Committee.

Stage Entertainment was provided by Jack’s Drum Shack, K&M Dance Studio and F20 Clown Ministry from Restoration Chapel.. “It was a great night and all had fun,” Lollis said.