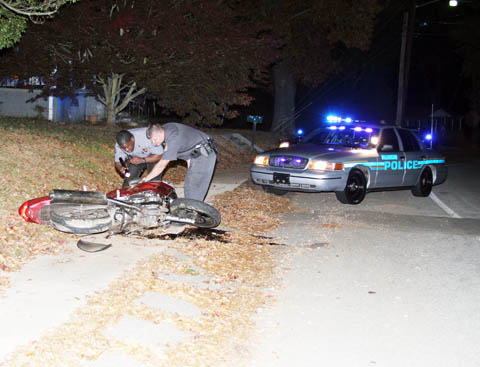 Police officers inspect a motorcycle Friday night after it wrecked on Courtney Street near the intersection of Allen Street in Pelzer. A Williamston police officer attempted to stop the motorcycle on Greenville Drive for not displaying a license plate. The motorcyclist failed to negotiate a curve on Courtney Street. He was quickly apprehended by officers after he fleeing the scene on foot. Pelzer EMS responded to the scene but the driver refused to go to the hospital. (Photo by David Rogers)