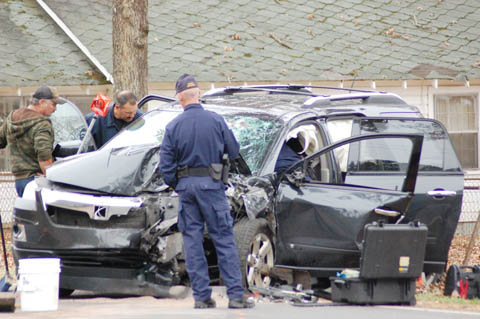 One person was fatally injured in a two vehicle accident Monday morning near Piedmont. The SC Highway Patrol is investigating the crash which happened near the intersection of SC Hwy. 86 and Shiloh Church Road about 6:45 a.m.

Coroner Greg Shore said 36-year-old Albert Nimmons Jr., of Piedmont, died at the scene. He was not wearing a seatbelt in the head-on collision with another vehicle.

Hwy. 86 remained blocked and investigators were still at the scene as of 10 a.m. The driver of a black SUV and two children were transported by Pelzer EMS to Greenville Memorial. Anderson County  The Wren Fire Department responded to the scene.

The accident remains under investigation.