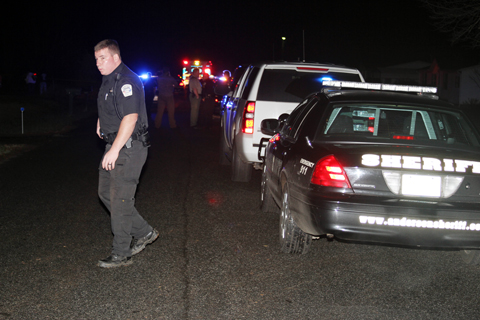 A Williamston man was and shot and killed after a standoff with Sheriff’s Deputies last night. Anderson County Sheriff John Skipper said the shooting happened shortly before 8 p.m. Monday at a home on Old Field Circle just outside of Williamston. According to reports, Sheriff’s Deputies had gone to the home after neighbors called 911 and asked them to check on a man who lived there who was acting strange. Sheriff Skipper said deputies went to the home to try to persuade the man not to harm himself. According to reports, the man was being uncooperative and had a gun near him. When he made a threatening two Anderson County Sheriff’s Deputies shot the him. His name has not been released. The officers, whose names have also not been released, are on administrative leave while the State Law Enforcement Division investigates.