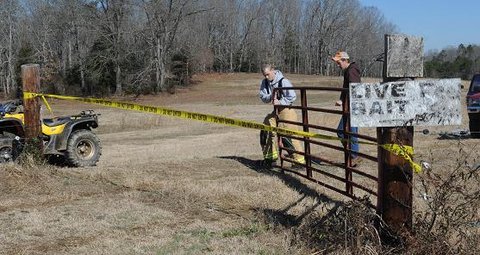 A Honea Path man died Sunday morning in a farm accident off Holiday Dam Road. David William Knight, 54, was moving a large round bale of hay to feed his cows and horses when it came off the front end loader and rolled down the tractors hood pinning Knight to the seat said Anderson County Deputy Coroner Don McCown. The hay bale weighed around 800-1000 pounds.

When Knight, who was an experienced farmer, didn’t come back to change for church, his wife sent their son to check on him and he found his dad. The cause of death was asphyxiation.