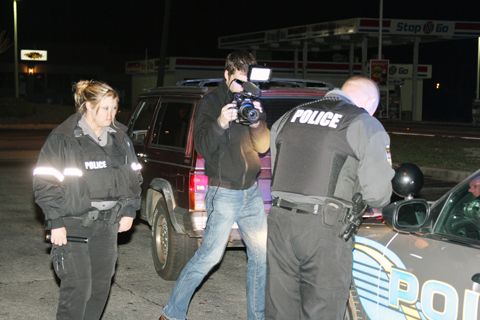 A video crew form Oak House Films out of New York was in Williamston over the weekend filming video for a police documentary that will be aired in Europe. The crew filmed Williamston Police officers as they answered calls and made traffic stops. A cameraman videos Officers Chris Whitefield and Melissa Simmons on a traffic stop for the documentary . (Photo by David Rogers)