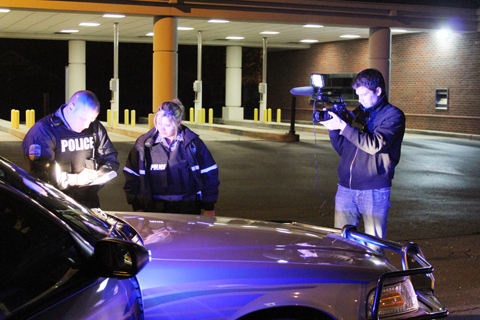 A video crew followed Williamston Police officers recently to prepare a video documentary for Europe. The crew spent the weekend riding along with officers as they answered calls and made traffic stops. It was apparently all over Facebook that the television show Cops was in Williamston but that was not the case. Videographer Josh Kun captured the events as they unfolded on video. He was riding with Officers Chris Whitefield and Melissa Simmons. (Photo by David Rogers)