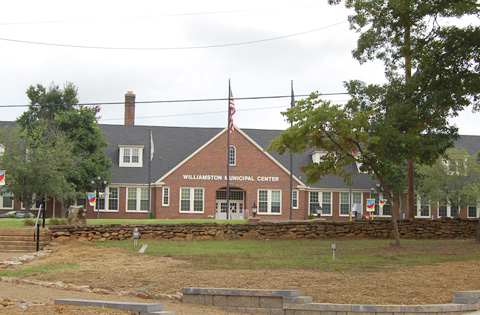 Information presented by Williamston Mayor Mack Durham during a recent budget work session indicates that the town’s finances should improve tremendously over the next year. Durham’s presentation included background information on the town’s finances under the two previous administrations and projections based on changes he has made during the four months he has been in office.

According to the mayor’s presentation, the town’s general reserve fund hit a low in 2005 during Phil Clardy’s second term as mayor at negative $188,476. Following intervention by ACOG, the town’s reserves rebounded to $1.64 million by the end of Clardy’s term in 2008. This was in part due to a $14 garbage fee and other measures that were implemented by the town including cutting mayor and council salaries.

The current mayor and representatives of ACOG projected the town would have a $300,000 deficit if the trend continued.

By June 2012 the downward decline had reversed and the fund balance had improved to $1.46 million.

Durham’s presentation stated that the town’s overspending during the first half of the 2012-13 budget year resulted in a $300,000 projected deficit, but offered no details.

That projected deficit was based on assumptions of continued big ticket expenditures such as the $150,000 purchase of the Milliken property and $230,000 for the Municipal Center parking lot project during 2012.

It also assumes other unexpected or unbudgeted expenses the town had would continue.

Among those were an $84,416 overage for the Municipal Center parking lot; $44,800 for construction of the Brookdale Park restroom and $52,389 for matching funds for a sewer line grant (Milliken sewer line), all of which Durham voted in favor of as a councilman.

Last year the town also absorbed the loss of a grant of $35,000 for a school resource officer and a decrease in the sanitation department of $26,000 due to reduction of $1 in the garbage fee.

According to Durham’s presentation, unbudgeted expenses for 2012-13 actually amounted to $247,764.

Among those: The town paid out $61,159 in overtime due employees for incorrect payroll practices and additional costs of $8,376 after correcting payroll practices, the mayor said. There was also a delayed liability insurance brokerage fee of $8,500.

Also included in Durham’s figures is the overage on the Municipal Center parking lot improvement project of $84,416.

Durham said the town could have saved additional money during the last six months of the budget year if changes recommended when he first took office had been implemented.

Severance pay to the administrator amounted to $11,400.

The changes made by Durham during his first four months in office will save the town $585,329 in the upcoming year.

First reading on the 2013-14 budget will be held at the May 6 council meeting.