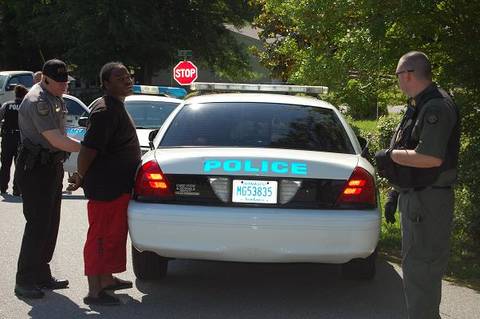 Anthony Daquan Dean, 21, 18 Brown St., Williamston is charged with distribution of crack cocaine, distribution of a controlled substance proximity of a school and outstanding warrants following the drug bust.

Chief Tayler said the arrest helps clean up a problem area for the town and is the result of the mayor’s initiative on commuity partnerships with other agencies.

Dean also had outstanding warrants in Greenville County for assault and battery (3rd degree) involving a mob and has other warrants pending, officials said.. He was also on probation from an earlier arrest.

Additional charges are expected in connection with eight dogs at the location. Authorities said the dogs were possibly being used in dog fights in a nearby wooded area.