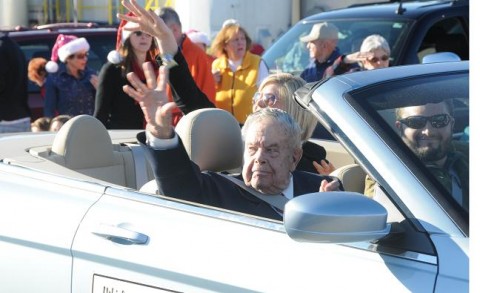 Garrison was known for his Denver Downs Farm located between Anderson and Clemson and for years of service to the state where he was a champion for agriculture and conservation. He often participated in the Denver Downs Christmas parade and served as the parade’s Grand Marshall last year.

A 1942 graduate of Clemson University, the T. Ed Garrison Livestock Arena was named for him in 1991. As a senator, he secured funding for the SC Land Resources Commission, which became a part of the Department of Natural Resources. He advocated for state storm water management, mine land reclamation, dam and reservoir safety and landscape architect registration.

He was a recipient of the Order of the Palmetto and the Clemson Distinguished Service Alumni Award.

Garrison’s family will receive visitors from 4 p.m. to 7 p.m. on Tuesday at the Denver Downs farmhouse. Funeral services will be held at 2 p.m. Wednesday at Welcome Baptist Church.