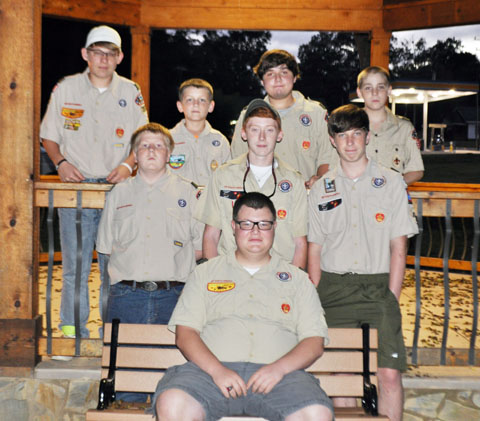 An Eagle Scout project in Mineral Spring Park headed up by Scout JT Gentry has recently been completed. A community service type project is a required step to receive the designation of being an Eagle Scout, which is the highest ranking in the Boy Scouts organization. Gentry was responsible for obtaining funding and overseeing the project which he decided to do in memory of Kenneth Bearden.

Bearden was known in the community for his friendly personality and was a charter member of the reorganized Springwater Committee, which is currently responsible for organizing the Spring Water Festival, Christmas Park and other projects.

To become an Eagle Scout before his 18 birthday, JT still has to go before the Boy Scout Council for a final review of the project.