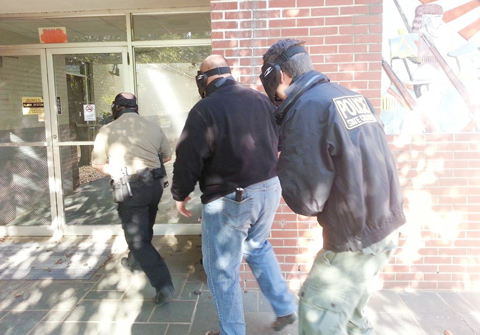 Area law enforcement, fire, and EMS agencies joined for a tactical entry training exercise which was held at Palmetto High School and the recently donated National Guard Armory over the weekend.

In an emailed news release sent to The Journal, Captain Kevin Marsee of the Williamston Police Department said, “Training local and area police officers to provide better protection is another key initiative of Mayor Mack Durham to make Williamston “A great place to live and raise a family.””

Donations of equipment by Battlecat Sports in Anderson, as well as use of facilities provided by Palmetto High School made the training possible, Marsee said.

Students from the Criminal Justice Program at Anderson School Districts 1 and 2 Career and Technology Center served as role players during the various scenarios presented. Participants in the training program described the experience as a great success for everyone, according to Capt. Marsee.