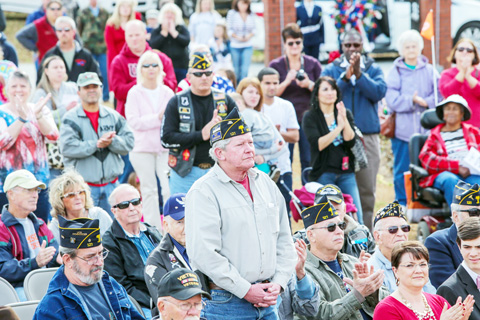 The parade started at Suntrust Bank on Hamilton St. and proceeded from Greenville Dr. to East Main and then to Minor St. It ended at the Veterans Memorial located at the ballfields on Minor St.

A medley of anthems of each branch of service was then played, followed by a Laying of the Wreath in remembrance of those who paid the ultimate price in serving their country.

The names of local servicemen who paid that price were read and each name was accompanied by a bell toll from the town’s antique fire engine.