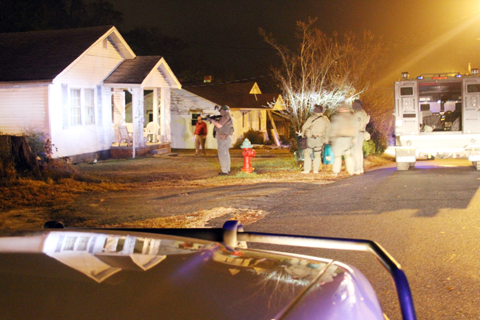 A SWAT member aims his weapon during a joint operation with the Williamston Police Department on East Caroline Street late Wednesday night. Multiple charges are expected on multiple individuals involved in recent burglaries in the area, according to Williamston Police Chief Tony Taylor who said the investigation is ongoing. SWAT was brought in due to stolen weapons being involved.