According to reports, on February 10th at approximately 3:55 AM, the Greenville County Sheriff’s Office received a 911 call regarding a possible burglary in progress at 10538 Augusta Road, Belton.

While en route, deputies learned that the homeowner and the subject attempting to break into his home were brothers. The homeowner advised dispatchers that his brother was kicking a glass door and was armed with a handgun and had already fired shots outside of the home. The victim told his brother to stop and leave his residence. The subject continued to kick the glass door and eventually broke the door.

The homeowner, who was also armed, fearing for him and his family’s safety fired in the direction of his brother. The homeowner stated after he shot he no longer heard his brother attempting to gain entry into his home and he waited for law enforcement to arrive before leaving his residence.

The Sheriff’s Office received a second call from the father of the subject and homeowner stating his son had been shot. Deputies arrived on scene and located the subject identified as Donald Nathan Nunn.

Deputies noticed that Nunn had suffered a gunshot wound to the pelvic area. Deputies stated that Nunn appeared to be under the influence of some type of substance due to his actions and the fact that he was unaware that he had been shot. EMS arrived on scene and transported Nunn to Greenville Memorial Hospital. No other injuries were reported during this incident.

Nunn has been charged with burglary first degree and possession of a weapon during a violent crime. He is still in the hospital being treated for his injuries at this time. Once he is released he will be transported to the Greenville County Detention Center for a bond hearing. 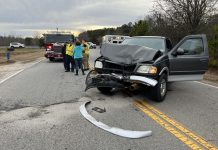 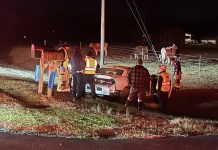