Favorable weather helped to bring out an estimated crowd of 5,000 for Monday’s Blue Ridge Electric Cooperative Annual Meeting of Members. The cooperative hosted the event at its Pickens equipment facility. Members registering for the utility’s 74th yearly gathering numbered 2,734.

Blue Ridge President and CEO Charles Dalton set aside time to recognize both the military veterans in attendance, as well as those currently serving in the armed forces. The audience also heard remarks from special guest, U.S. Senator Lindsey Graham.

As part of his management report, Dalton spotlighted the investments the cooperative was making in improvements to its 7,000-mile system of power lines and associated facilities. He also expressed strong reservations about pending regulatory actions at the federal Environmental Protection Agency that could put massive upward pressure on members’ electric rates. Members were entreated to sign pledge cards that would then be used to forward messages of concern to the EPA regarding these plans. Dalton said that South Carolina’s electric cooperatives had already signed up more than 100,000 members in support of the campaign.

Members also exercised their voting privileges. Two incumbent directors, William Elrod of Pickens County and Oconee County’s Len Talley, were reelected by acclamation to three-year terms. In a contest for the Anderson County seat on the cooperative board, Ben Bolt defeated Melissa Ledford.

A number of prizes were given away, including the grand prize of a 2007 Ford F-150 pickup. Dick R. Martin of Westminster held the winning ticket. 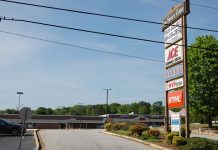