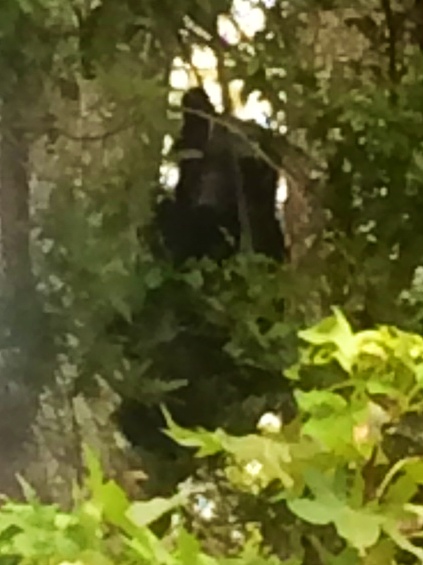 Several Williamston area residents reported seeing a bear this morning (July 11) in Williamston. April Blackston was one of those who saw the bear. According to Blackston, at 6:40 am this morning a large black bear crossed Anderson Drive in front of her vehicle. “The bear entered the triangle of woods by the Family Dollar store where I watched him for appoximately 45 minutes,” she said. “The bear ended up climbing a large oak tree.” She sent the accompanying photo which was taken by Andy Atkins. Journal contributing photographer Mike Gowan was in the area for awhile this morning in hopes of seeing the bear but was unable to.