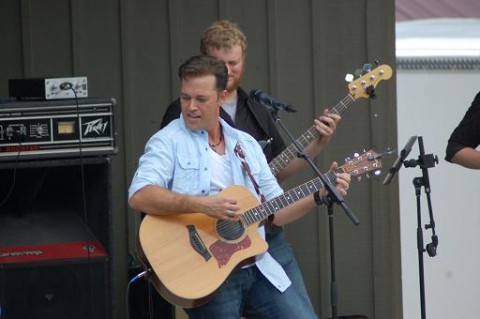 Nationally know recording artist Lucas Hoge performs on the Amphitheater Stage during the 33rd Annual Spring Water Festival on Saturday. Hoge, who has recently performed before crowds as large as 17,000 or more, drove straight from a show in Texas to play the show. He said it was only his second time performing in South Carolina and that he enjoyed playing to the small but appreciative crowd in Williamston who braved the heat to come hear him. “You have a beautiful town,” he said.

More on the festival in this week’s Journal.