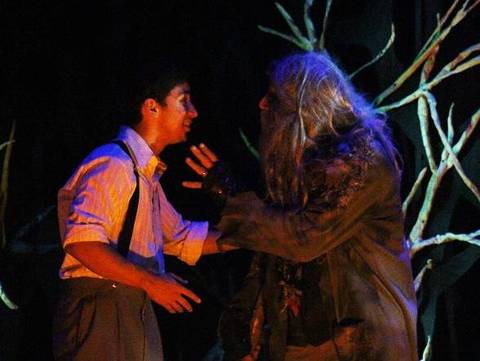 The production, the second for the newly formed theater group, was presented locally at the Historic Pelzer Auditorium over the Halloween weekend.

As the winner of this year’s SCTA festival, the Mill Town Players advance and will represent South Carolina in the regional competition at the Southeastern Theatre Conference in Chattanooga, TN on March 4–8, 2015. The Southeastern Theatre Conference, of which SCTA is an affiliate, is the largest theatre organization in the United States. Winners will advance to the national competition AACT Festival to be held in Grand Rapids, MI, June 23-27, 2015.

A seemingly impossible task at first, this win is a testament to the hard work and standard of excellence that have become hallmarks for the new company.

“This proves that greatness can be found anywhere,” said Will Ragland, Executive Artistic Director of the Mill Town Players. “I witnessed first-time actors win acting awards, the real power of the arts in a community, and that a passionate belief in a far-fetched idea can sometimes take you to the top,”

Set in the Smoky Mountains, “Dark of the Moon” recounts the story of John, a strange “witch boy” who upon first beholding the beautiful Barbara Allen immediately falls in love. The production features a live, local bluegrass band.

The production is under the direction of Will Ragland.

Located in the historic Pelzer Auditorium, Mill Town Players is a community theater whose purpose is to entertain, inspire, and enrich our community by providing quality and affordable live theater.

Scene from Dark of the Moon