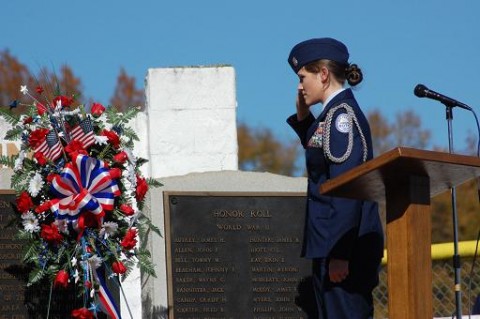 The Town of Williamston and the Palmetto High School AFJROTC unit held a Veterans Day service to recognize local veterans and honor those who gave their lives in service to the country. Palmetto AFJROTC Cadet Colonel McKenzie Heatherly read the names of veterans of World War I, Word War II, Korea, Vietnam, and Afghanistan that are listed on the veterans memorial.