Officials with Duke Energy announced Thursday (Dec. 18) that they are planning to excavate 3.2 million tons of coal ash currently on the property of the Lee Steam Station near Williamston.

Duke Energy submitted filings to state regulators this week outlining the excavation plans. According to a new release, the company has selected Waste Management to excavate and transport ash from the inactive basin and ash fill area to a fully lined solid waste landfill in Homer, Ga., operated by Waste Management. Trucks will haul the ash because the landfill has no rail access.

Excavation of these two areas of the site represents about 44 percent of ash on the property and is expected to take about three years once Duke Energy receives SCDHEC approval of the plan and all required permits.

In addition, the company has continued site-specific engineering work to develop a closure strategy for the remaining ash at W.S. Lee, including the primary basin, secondary basin and structural fill. With that analysis complete, Duke Energy filed with SCDHEC its recommendation to excavate those additional areas and relocate ash to a fully lined solution.

“The drivers for complete excavation at W.S. Lee are technical in nature. We also incorporated input from the environmental community and other stakeholders to ensure this solution was consistent with our guiding principles,” said John Elnitsky, senior vice president for ash strategy. “The primary and secondary basins are not ideal long-term locations to house the ash because of the work that would be needed to upgrade those areas for future storage.”

The company will continue to evaluate fully lined disposal options for ash excavated from the active basins and structural fill, including a possible on-site landfill.

The W.S. Lee Steam Station officially retired as a coal plant on Nov. 6, 2014. W.S. Lee was Duke Energy’s last remaining coal-fired plant in South Carolina. Units 1 and 2 will be decommissioned, and unit 3 is being converted to burn natural gas. A separate 750-megawatt natural gas combined-cycle plant will be built at the site, with construction expected to begin in summer 2015.

The retired coal plant began operating in 1951 and manages ash in two active ash basins, referred to as the primary and secondary basins. The site also has an inactive ash basin constructed in the 1950s, an ash structural fill and an ash fill. These storage areas hold a total of about 3.2 million tons.

Previously, on Sept. 23, the company announced that ash from the inactive basin and ash fill area would be excavated. As part of an agreement with South Carolina Department of Health and Environmental Control (SCDHEC), Duke Energy today filed an ash removal plan and schedule.

More information on Duke Energy’s coal ash management can be found at http://www.duke-energy.com/ash-management/. 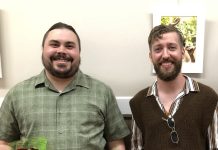 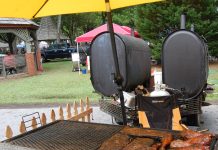