REVISED UPDATE – During a two hour meeting Monday, Pelzer Town Council tabled discussion on a proposed sewer rate increase and approved first reading on the 2015-16 budget as presented (without a rate increase). Several council members and the mayor did state they would voluntarily cut their monthly salary to help with an expected budget deficit. There was some discussion about other options. There was considerable discussion and interaction with residents attending the meeting. There was also some discussion on the upcoming annexation referendum on June 9 and the effects it could have on the budget. More details on the meeting to follow in this week’s edition of The Journal.

Original Post – Pelzer Town Council will hold a budget work session tonight (Monday, May 18) at 6:30 p.m. at the Pelzer Community Building to discuss a proposed sewer rate increase and possible reductions in expenses. First reading on the 2015-16 budget will be held during the meeting.

Second reading on the budget is expected at the June 8 meeting of council. The Pelzer Annexation Referendum election will be held on the following day, Tuesday, June 9.

Concerned Citizens of Pelzer are having an Outreach Meeting this Thursday (May 21st) at 7pm at the Community Building in the Monkey Park in Pelzer to talk about annexation and other issues. On the agenda is update on Mill Properties, Annexation, Pelzer Historic District, and Mill Town Players. 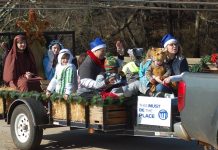 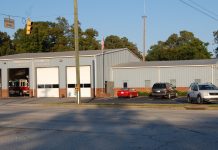