A small group gathered at the Pelzer community building last Thursday evening to hear a report on several topics. But the focus was on the pending referendum on the annexation of several hundred properties into the town. The Community Outreach meeting was hosted by Concerned Citizens of Pelzer. No one from the town was present.

The date of the vote itself was a point of some contention, as several people complained that they didn’t receive notice of the June 9 vote until it was too late for them to meet the thirty day registration requirement to vote.

Gilbert Garrett, who has been very active in pushing for annexation said that a variety of significant health issues among the commission, as well as inclement weather, had prevented them from going door to door speaking to everyone.

Garrett’s assurances that there was no intention to either misinform or fail to inform those who would be impacted by the annexation failed to placate some of the residents, who asked why the issue wasn’t put up for a vote at the next town election.

Gilbert also explained that the Anderson County Election Commission had unexpectedly included the entire Pelzer voting district in the area eligible to vote, even though the area targeted for annexation is nowhere near that large.

John Roache, who lives well outside the current corporate limits, raised the issue of police protection and the enormous cost it will impose. He stated that he had offered to give the Sheriff’s Department an acre of land near the town for a substation, but the Sheriff declined. Others also wondered who would provide law enforcement.

The Journal contacted Sheriff John Skipper and asked if his department would or could provide a dedicated law enforcement presence to Pelzer, in the event that annexation fails at the polls.

“At current staffing levels, it would be impossible for me to do that on an around the clock basis,” he said. “A few years ago, we entered into that sort of arrangement with the town of Pendleton, and I believe the cost was about six hundred thousand dollars a year. Of course, my deputies currently respond to calls in the Pelzer area, but there are no deputies assigned specifically to that area. If they get a call to Piedmont, for example, they will respond.”

The Journal also contacted the county about such services as mowing and cutting grass. The county, in the event that annexation passes at the polls, would cease all such services along any of the roads and public areas that were annexed. The town would become responsible at that point.

Larry Coker, vice president of the Heritage Trust Commission and president of Pelzer Mill Properties, the tax exempt organization that owns the mill properties, reported on several developments on that front. The Heritage Trust owns twenty eight acres along the river near the Highway 20 bridge. They had previously applied for grant funds for a brownfield project, but were denied.

Coker explained that the group now has much better backing and will reapply for those funds, as well as two additional grants, in the amount of $200,000 each. He added that the old Timmons boat ramp has been approved for grants for a kayak launch area and a park.

He pointed out that the lease on the property recently used for a pallet shop had not been renewed, and a search for a feasible means of disposing of the debris and mess is continuing. 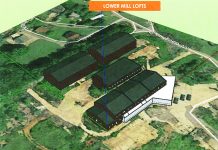 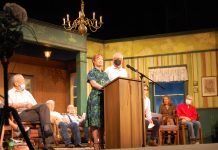