Kinder Morgan, Inc., the nation’s largest energy infrastructure company, with involvement in the ownership and operations of more than eighty thousand miles of pipelines across the country, is proposing an extension of the Belton pipeline whic is drawing criticism in Georgia and concern in South Carolina.

The proposed extension will run from the Belton area south through Augusta and Savannah, GA, and on to Jacksonville, FL. It would transport gasoline, ethanol, and diesel fuel from facilities in Louisiana and Mississippi.

The pipeline, as proposed, would have a capacity of 167,000 barrels per day. The project will include construction of pipeline related facilities, such as storage tanks, pump stations and delivery terminals. The project, valued at approximately one billion dollars, will create 1200 temporary construction jobs and 28 permanent jobs. Anticipated annual revenues to the various state and local taxing authorities is fourteen million dollars.

Palmetto Products Pipe Line LLC will construct the project. They have begun the preliminary work of evaluating the potential routes and locations for various related facilities. The preliminary projected route will roughly parallel the Savannah River as far as Savannah, and then follow I-95 to Jacksonville.

There is an extensive permitting process, which will involve input from a number of state and federal agencies, including both the Georgia and South Carolina departments of natural resources, as well as the U.S. Army Corps of Engineers and the Florida Department of Environmental Protection.

Barring any serious delays in the permitting process, actual construction is expected to start at the first of next year, with a date of July 2017 for actual activation of the pipeline.

The project is drawing criticism from property owners worried about losing their land and from environmentalists concerned with the potential for spills.

Opponents to the $1 billion project have held meetings and the Georgia Department of Transportation is required to sign off on the project before developers can condemn property along the route.

The Georgia pipeli DOT recently found no public need for the 360 mile long pipe. According to reports, Kinder Morgan is preparing to appeal the decision.

South Carolina has no DOT signoff requirement. According to a state spokesperson, there is basically no state agency or authority to regulate interstate oil pipelines.

The petroleum pipeline will cross xic South Carolin counties as well as the Sumter National Forest.

A public meeting organized by Push Back The Pipeline will be held on Thursday, June 4 at 5:30pm at the Historic Home of General Samuel McGowan, 305 North Main Street, in Abbeville. 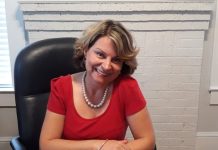 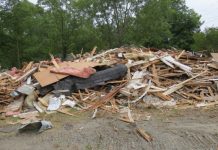