Preliminary winners as of Wednesday were:

It was announced this week that Miss America 2015 Kira Kazantsev will attend the Miss South Carolina Pageant on June 25-27 and that Mark Walberg will join Stephanie Whittler (Miss Tennessee 2009, second runner-up to Miss America 2010) as emcee for the Friday and Saturday evening pageants.

The Saturday night pageant and crowning of the new Miss South Carolina will be televised live on WACH TV, starting with the Red Carpet at 8 pm. The pageant will run from 8:30-10:30 pm. Local television channels broadcasting the pageant include WACH TV, My TV Charleston, CW 12 Myrtle Beach, My 40 WMYA Greenville, and Fox 28 Savannah. Radio stations under the Sinclair Broadcast Group include 973 Kiss FM, WJMX, WNOK and Y1025. 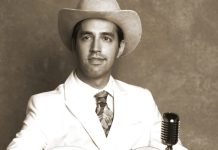