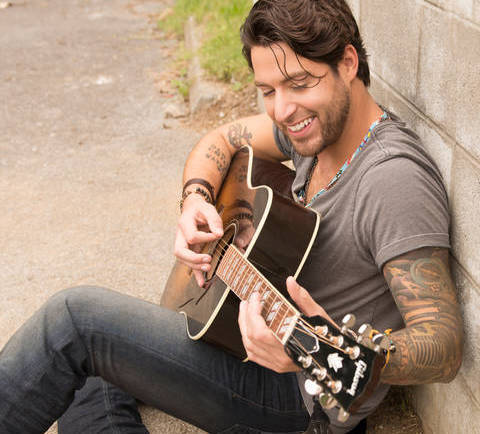 “I am real excited,” rising country singer Austin Webb says about performing a show in his hometown of Williamston. “It seems like we’ve done a billion shows.” Webb currently has a Top 40 single, “All Country on You,” on country radio and is opening shows all over the country for some of the biggest names in country music. “It has all been fast and slow all at the same time,” he said. “I’ve been working a long time for this.”

“This is my second Top 40 single, which is a pretty hard thing to do. We’ve been all over.”

Webb said he has logged 2000 flights in the last three years, traveled across the country and back ten times and appeared six times on country music’s renowned Grand Ole Opry stage. He has opened for Luke Bryan, Little Big Town, Florida Georgia Line, Charlie Daniels and many of the top touring country artists out there.

“I am the show opener and the after party,” Webb said. “I’m fortunate to be able to do this.”

Webb said that being able to perform throughout the country is great. He recently played a show in Washington State. “Out west is amazing,” he said.

“But coming back to South Carolina is always the best,” the singer/songwriter, and now entertainer, says.

He recently performed a big show in Beaufort SC, at the state’s other water festival, before a sold out show of 5000. “People went crazy, the response is great.”

Webb said he enjoys traveling and performing, but meeting fans at shows is always a highlight for him.

“Meeting the people that come to them is the best part,” he said. “I am looking forward to the longest meet and greet line yet when we come to Williamston.”

Though he has covered a lot of ground as he builds on the success of his top 40 songs, he is no newcomer to touring.

Webb said he has been touring since he was fifteen years old when he would travel to play guitar and sing his song at shows across SC, NC, G.eorgia and Florida.

The response has been great at the shows he is now performing throughout the country.

“We are getting a great response,” he said. “My goal is to put on a crazy show. As the opener for people like Tim McGraw and Luke Bryan, I want to get people excited about seeing them, but I want them to go away talking about my show.”

When asked about what people can expect when they come to see him perform Webb said, “I want to put on a high energy show and play music, but there is also the entertainment side of the show. I’ve always been the artsy guy and enjoy writing songs, sitting in my little room like I did in Williamston, but I am excited to take people away for an hour or two.”

Webb has written and performs many of the songs that have appeared on his early album releases but that has changed since signing a recording deal with Streamsound in 2011.

That opened the door to recording songs written by some of the best in the business. Now he said, “The best song wins.”

His latest single “All Country On You” is gettting a lot of airplay. The song was written by Mark Irwin, Josh Kear and Chris Tompkins, who also collaborated on hits including Carrie Underwood’s “Before He Cheats” and Tyler Farr’s “Redneck Crazy.”

“I wanted to record something that is fresh and new. It is a fresh song from the guys point of view,” he said.

His other top 40 single “Slip on By” was a song he heard on Christian radio which Webb said he thought would be great recorded as a country song.

He said recording those songs and the attention they have gotten allows people to find out more of what he is about.

Webb said he has met a lot of the well known country artists that are the top headliners and favorties but he hasn’t met Garth Brooks, George Strait or Carrie Underwood.

“I’ve opened at a lot of shows where she was the headliner,” he said.

Some of the reviews he has been getting say he doesn’t fit the typical country music stereotype.

When asked about that Webb replied, “All the greats never went with the flow. I could copy Luke Bryan or try to sound like someone else. But I am trying to do songs that mean something.”

“The song “All Country On You” is an example of a song that highlights more of who I am,” he said. “It is from the standpoint of what I knew. I wanted to bring something more than trucks, and riverbanks and moonlight and beer cans. The song is about getting even.”

When asked to describe his music, Webb said he grew up listening to soul music and old country and the lyrics. In addition to listening to Motown records, he was listening to WESC and WSSL radio, both of which are now playing “All Country on You.”

He said he would describe what he does as “country soul with a little bit of rock and roll.”

Webb said he is excited about being able to be a part of the Spring Water Festival.

“I attended the SWF about fifteen times,” he said. “I am thrilled to be a part of it.”

When asked what his hometown can expect at his show next Saturday, Webb said, “I want people to come out to see all the hard work that has been put in, to see how hard we’ve been working.”

Playing the number of shows in his touring schedule also has another advantage.

Webb said he and his band are “playing tight.” They have had over 200 shows together and more on the schedule. Webb said they are playing about 20 shows a month.

Webb said that where ever he travels and meets people he is always talking about South Carolina and where he comes from.

“I am proud to be from Williamston. I am hoping everybody will come out and have a good time at the show.”

Webb will be headlining the 34th annual Spring Water Festival entertainment and will perform a free show at 6 p.m. Aug. 22 in Williamston’s Mineral Spring Park. Festival goers are reminded to bring a lawn chair or blanket for seating. 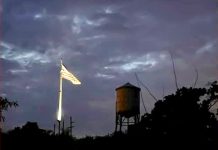