The Town of Pelzer will have four new faces on town council when they begin meeting in 2016. Roger Scott, Olene Bear, Kim Wilson and Will Ragland were the top four vote getters in the election held Tuesday. Non of the current councilmembers were re-elected to their seats.

Unofficial election results show the top vote getters for the town’s four council seats were: Roger Scott with 136; Olene Bear with 117; Kimberly Wilson with 112; and Will Ragland with 96.

Eleven candidates from throughout the expanded Town of Pelzer signed up to run for the four positions on council.

Incumbent Mayor Steve McGregor retains the mayor’s seat because no one else signed up to run. One council candidate, Olene Bear, did receive a write-in vote for mayor.

All Pelzer council positions including mayor are two year terms and come open at the same time.

The newly elected members of council will be sworn in and take office in January.

The 2015 election in Pelzer will claim a place in history as the first for the newly expanded town which included candidates and voters from both the upper and lower mill villages.

Both areas were officially annexed by the town in July of this year. 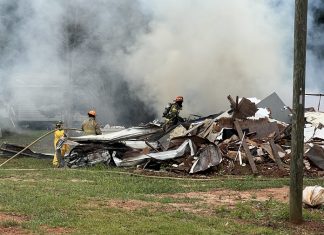