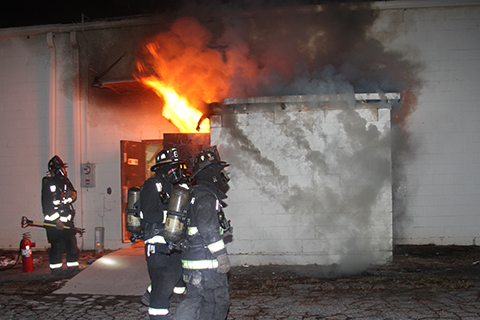 West Pelzer firefighters prepare to fight a fire ina storage building behind the Family Dollar store in Pelzer on Wednesday night. When firefighters arrived flames were coming from the building that was adjacent to the store. Firefighters had to use fans to remove smoke from the store after the fire was extinguished. The cause of the fire is under investigation. Powdersville fire department sent their ladder truck and Cheddar fire department was also called. Pelzer EMS stood by as firefighters fought the blaze. (Photo by David Rogers) 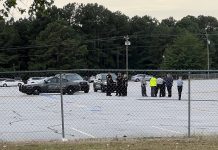 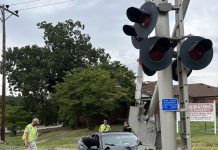 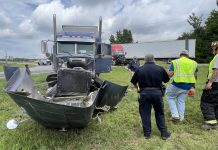