The Powdersville Water District (PWD) Board of Directors recently voted to increase the capacity fee for all new development in the fast growing area. The current fee,of $1.85 per gallon, has been in place unchanged since 2005; but over the next 18 months, the fee will increase from $1.85 per gallon to $3.41 per gallon. The initial increase will go into effect on May 1, 2016 .

Dyke Spencer, executive director for the Powdersville Water District, describes the increase as “growth paying for growth. This fee is designed to be used to expand the system, as increased development makes greater demands on the system. For example, a residential development of 200 homes can increase daily demand on the system by 60,000 gallons. The board put the capacity fee in place more than a decade ago. During the period when the economy struggled so, we kept the fee artificially low. But now growth is exploding once more, and we need to adjust this fee accordingly.”

The capacity fee is a charge (per gallon) that all new customers pay for water capacity in the system before service is established. This fee is not part of the tap fees and is collected solely to replace capacity in the system that is used up by new development. The fee increases will not affect the monthly usage rate for existing customers. Spencer said that the board recognizes that customers who have been faithfully paying their bills for years shouldn’t be asked to share the burden of new development. “Because new neighborhoods or new shopping facilities are going up is no reason for established customers to be punished.

Fees of this type are common among growing water and sewer utilities throughout the country and are often referred to as impact fees or various other names. Every time a new tap is added to the PWD system, a small portion of the water distribution system’s capacity is used up. PWD is asking new customers to share in the cost of developing future system capacity to replace what they have used. The alternative to this would be passing the cost of future infrastructure along to existing customers that have already paid their fair share.

One thing that will help offset the capacity fee increase is that SCDHEC has recently decreased their Contributory Loadings Table that is part of Regulation R61-67. The decrease is largely due to water saving plumbing fixtures that are now being used, as well as reduced customer usage over recent years. So, even though the fees will increase, the amount of water capacity needed for new construction will likely decrease based upon this regulatory change. 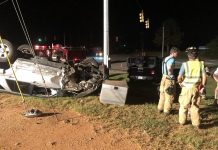 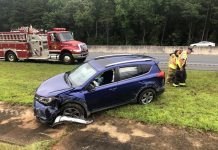