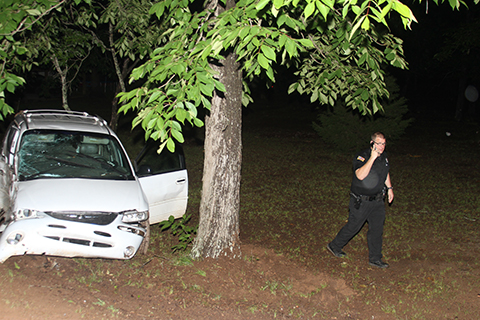 A Belton police officer surveys the scene following an accident on Thursday night. A Belton officer was involved in a short pursuit after attempting to stop a van. The fleeing driver was driving to reckless and the pursuit was called off. The van traveled out Breazeale Street and onto Dorchester Road. The van left the roadway and struck a tree near Mize Road in the Cheddar community and the driver fled on foot. (Photo by David Rogers) 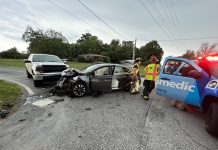 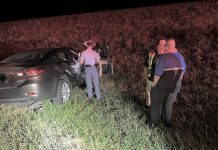