West Pelzer Town Council held a series of meetings Monday night, in preparation for completing and approving the budget for fiscal year 2016-17.

The evening began with a public hearing on the proposed budget. Attended by two citizens, the hearing meandered a good bit, but the critical information provided by Mayor Blake Sanders was the fact that there was no increase in taxes or fees, and the budget is balanced, unlike last year. The main reason for that difference is that the Town will not be issuing a tax anticipation note in the coming budget year, a savings of forty thousand dollars. Despite that savings, the General Fund budget increased by $42,000, due to the establishment of a contingency fund, a capital improvement program fund, a victims fund and a reserve fund.

The second meeting of the evening, a budget workshop, quickly became a discussion of the fate of the Pelzer recreation program, and West Pelzer’s obligation to contribute.

Councilman Jimmy Jeanes immediately broached the subject, both reminiscing about the days when the mill ran the recreation programs, as well as decrying the town’s refusal to provide assistance to Pelzer when asked to do so several years ago.

Sanders said that he thought the $7500 requested by Pelzer at that time was too high, especially for the relatively few children from the town who participated.

He then stated that he had received an e-mail that very day from Williamston Mayor Mack Durham informing Sanders that a $2500 membership fee would be required for membership in the Palmetto Athletic Association, which is apparently the response to Pelzer’s prior decision to discontinue its program.

Sanders also stated his preference for designating that the town’s fee, if they chose to join, be designated to go to expenditures that would help the town.

“I don’t care a thing about paying salaries or to repair the bathrooms at the Pelzer fields. I would rather just pay the fees for our twenty or so kids, but not just give the money to Williamston to do as they please with.”

The discussion continued for some time, with citizens Joyce Vanhook and Andy Gambrell also expressing their views.

Since the meeting was a workshop, no votes could be taken. Sanders also raised the issue of a recent executive order signed by president Obama mandating overtime pay for employees making less than $47,000 and its potentially significant impact on the budget.

“If this isn’t opposed and defeated, and it goes into effect on December 1, then as Mayor, I will do everything in my power to make sure no one works any overtime, unless water is running down Main Street. But we will have to figure out something about the town clerk, who is required to work when we have meetings. Maybe we can give her a certain number of hours off to keep it under forty hours a week.”

Sanders announced that the second reading of the budget will come on June 14, a Tuesday rather than the usual Monday, due to a scheduling conflict. The meeting will be held at 6:30 p.m.

Council then entered into a special called meeting, to adopt the bylaws for the Go West community development corporation. That is a tax exempt entity formed for the exclusive purpose of pursuing and channeling grants on behalf of the town. Following the adoption of the bylaws, the Council went into executive session to discuss contractual matters. No votes were taken. 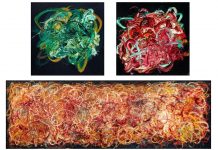